Orange City, Iowa –  An Iowa woman admitted Thursday to causing the head injuries that killed a 3-year-old girl at her in-home day care, but avoided a life sentence under a plea agreement with prosecutors.

Rochelle Sapp of Orange City pleaded guilty to involuntary manslaughter and child endangerment resulting in the death of Autumn Elgersma. Sapp told the court that she dropped the toddler to the ground. She also entered an Alford plea to child endangerment with multiple acts, meaning she did not admit guilt to that charge but conceded there was enough evidence to convict her of injuring the girl three other times over the prior eight months.

Prosecutors dropped a first-degree murder charge, which would’ve been an automatic life sentence for Sapp. Second-degree murder would’ve required a minimum of 35 years behind bars.  Instead, Judge Edward Jacobson sentenced Sapp to an indeterminate sentence of up to 100 years as called for in the plea agreement. That means there is no mandatory minimum, and it will be up to the Iowa Board of Parole to decide when to release Sapp.

Drake University law professor Bob Rigg said Sapp, 34, will serve “significant time” behind bars but nowhere near 100 years. He said her actual sentence might be around 15 to 20 years, based on the board’s prior practice for similar offenses.  Rigg said Sapp received a “significant concession” when prosecutors didn’t pursue a murder charge. In turn, she gave them a major concession by admitting to other crimes and avoiding a trial.  Prosecutors made the plea agreement public Thursday after keeping it secret since its Oct. 10 signing.

The case dates to Oct. 29, 2013, when Sapp called Autumn’s mother to say the girl was out of it after falling down the stairs when she went to play in the basement. Autumn’s mother left work and took the girl to a nearby hospital, where doctors diagnosed her with serious head injuries and had her airlifted to a South Dakota hospital. Doctors discovered a fractured skull and serious brain trauma. The girl died two days later, and a medical examiner ruled it a homicide.

Court records show that after failing a polygraph, Sapp changed her story about the girl falling down the stairs and told a detective she slammed the toddler to the ground after becoming angry because Autumn was having trouble taking off her coat. 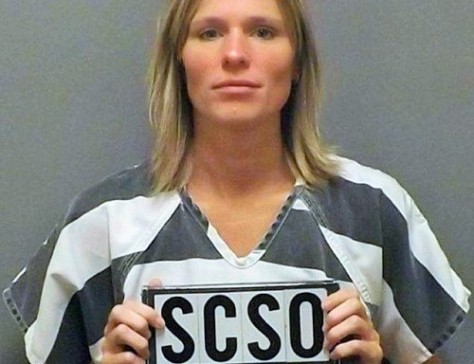 Sapp had argued that confession — and incriminating text messages police discovered after she let them search her phone — should have been suppressed. She argued she had not been read her Miranda rights and had barely eaten or slept for two days.  But Jacobson ruled Thursday that the confession and her consent to the phone search were voluntary, and that investigators “treated the defendant quite well.”