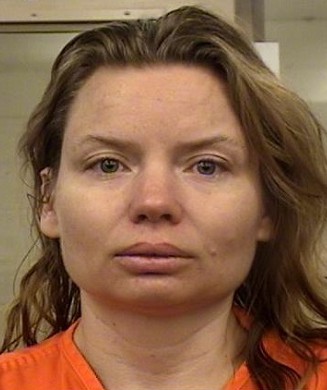 Police have arrested a woman in Albuquerque after discovering the photos she emailed to another man of her performing oral sex on a 7-year-old boy.

Gwen Lindgren has been behind bars since Wednesday and is facing charges of criminal sexual penetration of a minor, criminal sexual contact of a minor, sexual exploitation of children, tampering with evidence and bribery or intimidation of a witness. Lindgren’s husband found the photos last week, but police report that the pictures were taken in September.

Lindgren had met the man she sent the photos to on the Internet. After being arrested and interviewed by authorities, she claimed that the man, whom she refers to as “the caretaker,” forced her to take the photos and send them to him. Lindgren said the man was helping her get through marital problems, and if he asked her to take similar photos again, she could not guarantee them that she wouldn’t.

The identity of the boy has not been revealed, but neighbors say they had been concerned even before news of the sexual abuse came out. Denise Phillips, who lived in the same apartment complex, says she often saw the child being neglected: “He would swim alone, he would wait at the bus stop on his own, sometimes without a coat in the dead of winter. He would always be wandering around on his own. So, of course, we were welcoming to him.”

After a few months, Phillips and other neighborhood moms called the Children, Youth and Families Department (CYFD) of New Mexico back in May. They saw representatives of the CYFD visit the boy’s home, but no one was ever taken into custody. Phillips believes that if they took the boy into the custody of the state, the assault could have been prevented.

Lindgren is facing the additional charge of intimidating a witness after she threatened the boy to never discuss what she did to him.

The husband found the photos of the two in compromising positions when he was going through his wife’s phone and alerted local law enforcement.

He told authorities that Gwen had told him she had engaged in sex acts with a child before, but he hadn’t believed her at first since they were both very drunk at the time.  The husband says the two were separated and in the process of getting a divorce.