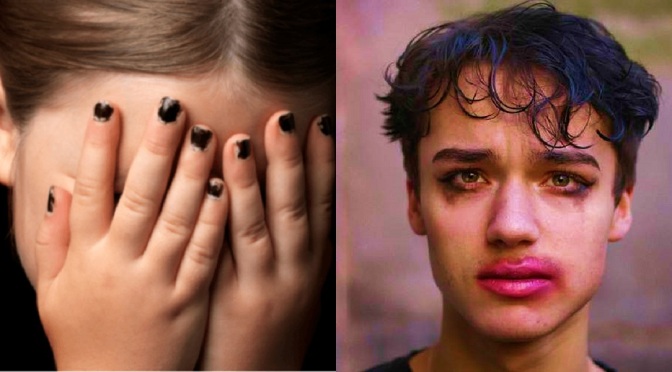 Bulls Are Born and Clothes Do NOT Make
A Woman

Last year, the State of Rhode Island made it illegal for a licensed medical professional to counsel a child away from the desire to change his/her gender identity, yet it remains legal to inject that same child with hormone blockers and cross-sex hormones.

March 2016
The American College of Pediatricians warns educators and legislators that “a life of chemical and surgical impersonation of the opposite sex” is dangerous for children.

In a strongly worded statement issued today, the professional association of pediatricians says “a person’s belief that he or she is something they are not is, at best, a sign of confused thinking.”  It describes such thinking as problem that exists in the mind and not the body and “it should be treated as such.”

NOW, you tell me how a “Prepubescent Child” is going to KNOW, much less ASK, FOR or ABOUT puberty blockers.

WE THE PEOPLE have allowed PEDOPHILES to not only enact laws that make it impossible to raise Children as was intended, but also to Parent Children and pass along their AntiChild, homosexual agenda.  Both of these are no less than FELONY CHILD ABUSE.

“Transgender ideology is not just infecting our laws. It is intruding into the lives of the most innocent among us — CHILDREN!”

“The fact that in normal life and in psychiatry, anyone who “consistently and persistently insists” on anything else contrary to physical reality is considered either confused or delusional.”

September 2017
Dr. Michelle Cretella, MD, FCP, president of the American College of Pediatricians, is a prominent expert in children’s health who has battled against the relentless promotion of transgender ideology as it impacts kids.

“The active promotion of transgenderism has resulted in massive uncontrolled and unconsented experimentation upon children and adolescents,” Cretella warned.  “This is child abuse.”