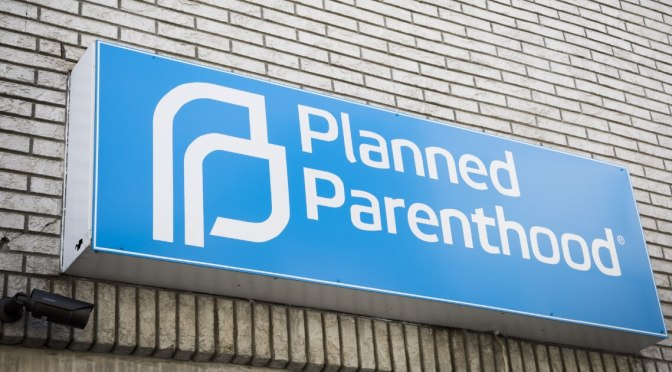 When the pro-life group Center for Medical Progress, led by a man named David Daleiden, released a series of shockingly disturbing undercover videos featuring doctors and employees of Planned Parenthood abortion clinics in 2015, those videos appeared to expose the abortion providers as being engaged in the unlawful harvesting and sale — for profit — of various internal organs and body parts of aborted babies.

That effort to squash Daleiden and hide from the public what CMP had exposed may have backfired on Planned Parenthood, though, as Daleiden and CMP have refused to back down and instead are fighting the lawsuit in court, as evidenced by the recent filing of a motion to compel the release of certain records.

Incredibly, LifeNews has reported that the court motion may make public documents which will show that Planned Parenthood may have fabricated certain records to hide what they were doing, and not only that, but also lied about as much in sworn testimony before a Congressional panel.

In the motion to compel filed with the U.S. District Court for the Northern District of California, the defendants — CMP, Daleiden and others — argued a number of legal precedents against the plaintiffs — Planned Parenthood Federation of America, a number of PP subsidiaries and third-party Advanced Bioscience Resources, among others — which they viewed as supportive of their demand that Planned Parenthood and ABR turn over certain documents and records as part of the discovery process.

Specifically, the defendants called for any documents and records that would show five specific things: a scheme to profit from the sale of fetal tissue, modifications to abortion procedures to facilitate such a profit, violations of the federal ban on partial-birth abortions as part of that scheme, the procurement of tissue from born-alive infants as part of the profit-making scheme and the procurement and sale of fetal tissues without the donor’s consent … all of which are illegal.

CMP has been seeking such documents for some time, but the plaintiffs have resisted such requests and made a number of different arguments to the court as to why they shouldn’t have to do so, hence the filing of the motion to compel.

After citing a number of legal precedents that undermined each argument put forward by Planned Parenthood to avoid turning over the requested documents and records, the motion from the defendants got to the heart of the matter in that they alleged the production of the records they seek would show discrepancies with records that Planned Parenthood had previously turned over to Congress.

That allegation was based on the fact that ABR had already produced certain documents and records — such as invoices — in response to an earlier subpoena from CMP, prior to ABR joining with PPFA in refusing to produce any further documents after what CMP alleged was “troubling” “attorney meddling” had occurred between the various plaintiffs in the case.

“Further, the revenue totals and procurement totals, when added up based on the invoices produced by ABR and Plaintiff PPPSW, do not match the totals that PPPSW reported to the Select Investigative Panel for fiscal year 2015,” the motion continued, noting that one of the totals produced was for $18,960.

“It is unclear to Defendants why the invoices are not identical, or why the numbers do not add up, but it is perfectly possible that the invoices were subject to tampering and someone falsely reported information to Congress,” the motion argued.  “Thus, it is critical that Defendants obtain access to third-party documents to verify that Plaintiffs are not producing fabricated evidence.”

As that motion to compel the release of the requested documents and records was just filed today — and is actually dated to take effect on November 29 — it could be some time before the judge rules one way or the other on this matter.

Daleiden told LifeNews, “This would not be the first time Planned Parenthood has apparently doctored critical evidence about their own wrongdoing.”

“Planned Parenthood has everything to lose if the full scope of their illicit trade in aborted baby body parts is revealed, and when the Congressional investigations made criminal referrals of Planned Parenthood and their business partners for selling baby parts, the House Select Panel had to refer Planned Parenthood partner StemExpress for evidence destruction.”

He added, “As the U.S. Department of Justice continues to follow up on the criminal referrals for Planned Parenthood and ABR, it is imperative for prosecutors to seize the original financial records from Planned Parenthood and their accomplices immediately, so these depraved enterprises cannot continue to cover up their criminal sale of baby body parts.”